**Update 5/31/20. I was contacted the publisher who let me know that you can access this book from a few other online platforms. I’ve added links below and updated my intro for you. Now you have even more opportunities to pick up this great read!**

Hello Kittens! I’ve got one that may be a little more limited to access than my normal recommendations but I think it is a worthy read for crime fiction fans. This title is currently only being released in digital formats, but I highly recommend it. There’s an interesting setting, a haunted investigator, and an intriguing premise. I figured out whodunnit about 16 chapters from the end, but I was so hooked that I kept reading anyway. Also, there was always the possibility that the author could throw another curve ball and I would be wrong. Do you try to guess the killer when you read mysteries? I’ve started noting my guesses in my personal notes to see how quickly I can guess. My first guess on this one was wrong, but the plot helped straighten my thinking out over time. 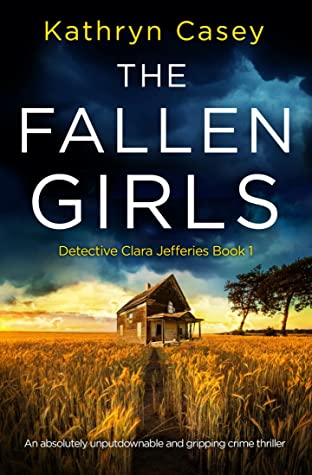 Detective Clara Jeffries has been working in Dallas PD’s Crimes Against Persons Unit for 3 years. She’s a workaholic who gets the job done and never seems to take time off. When her boss orders her to take a few days of leave, she’s at her wits end for what to do with herself. Around this time she gets an unexpected call from an old acquaintance, Max Anderson, who tells her that he believes her half-sister has gone missing. Clara agrees to return home to help Max work the case because he is having trouble speaking with Clara’s family.

Clara left Alber, Utah, years ago to escape the fundamentalist lifestyle of her Mormon community. While we only get glimpses of her past, we know that her childhood was a happy one and something happened to her in her teens that changed her life and made her want to run away. With help from a woman named Hannah to escape, Clara hasn’t been back since and hasn’t kept in touch with her family. Clara’s family considers her an Apostate, an outsider who has betrayed the faith, and they’re not anxious to talk to her or even acknowledge her existence. When Clara gets to Alber, she discovers that the case is extremely complicated because Max is certain that her sister is missing and has reason to believe that she has been taken, but Clara’s family refuses to confirm that the girl is missing or provide the police with any information.

To make matters worse, Clara’s family aren’t the only ones denying that her half-sister is gone. The police aren’t anxious to investigate a crime that they can’t prove has even happened, especially without the cooperation of the families. The harder that Clara digs into this, the more threatened the townspeople and the local police departments are getting. She is told repeatedly to drop the case and return to Texas, but Clara is certain that her sister is missing, and according to Hannah, she may not be the only one.

This was an intriguing mystery with a setting that I didn’t know much about. Casey writes about the intricacies of this Mormon community and the struggles that they have gone through. She gives a thorough treatment to the religious aspects as well as the pitfalls of this faith community, including the mistrust they have of outsiders. Ultimately, this was a thoroughly plotted mystery with a healthy amount of twists and turns. It’s not overly gory, but there is some violence and there is definitely a villain. I can easily see this novel being turned into a movie.

It’s told in alternating chapters between Clara, Max, and Clara’s half-sister, Delilah. With each chapter you get another piece of the puzzle, but the plotting is intricate enough that I didn’t put everything together until about 60% of the way through the book. I figured out who the villain was, but not everyone might, and I really don’t mind a mystery every now and then where you actually are given enough information to figure things out. Not to mention, just because you think you know who did it doesn’t mean you know why they did it, and the why is just as interesting to find out.

Also, the first chapter is seriously creepy and I loved the tone that it set. The cover art is perfect for this title and I’m not sure I’ll ever look at cornfields without thinking about this read again.

The first half of the story was really heavy on gaslighting Clara. For me, that’s always a little tough to read. It made me wish that we got to the action of the story a little quicker.

I also wish I was seeing more promotion for this title. I couldn’t find it on the author’s website (only on her Facebook page). It’s a strong story and it would be more accessible to most people in print… But I suppose that won’t matter if lots of people pick it up in digital format (which you should do). I still prefer print despite the fact that I increasingly read digitally, but I could be in the minority on this.

Disclaimer: I received an electronic advance copy of this title via the publisher on NetGalley in exchange for an honest review.

While there is violence in the book, none of it takes place on the page so I think a book club could handle this one, and they might like reading about a community that is very different from their own.

My personal preference rating: I gave this title 5 stars. I think it is a really solid start to a mystery series. I’m going to be taking a look at the author’s backlist, which includes a lot of true crime too. Yay!

2 thoughts on “The Fallen Girls by Kathryn Casey”