Hello Kittens! For the first time in the short life of this blog, I’m recommending an independently published title for you. It’s promoted as a paranormal mystery romance, so it hits several genres in one go. It’s pretty short but it packs a lot of story into those pages. It’s different from most of what I’ve read lately and I really liked that about it. For some reason I’ve been on a YA fantasy kick and while I love those books, I just needed something different. This was the kind of story that made me wonder why I don’t seek out more Indie author titles. There are so many great stories out there that don’t go through “traditional” publishing channels. Give it a try if you’re looking for something different! 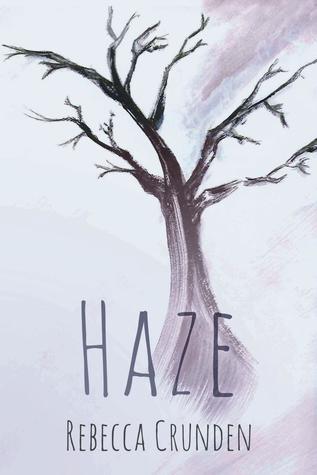 This book opens with 2 young boys named Erik and Miles attempting a magical ritual in Latin so that Erik can try to talk to his recently deceased mother. They are both disappointed, but not necessarily surprised, when it doesn’t work. Little do these boys know, this seemingly innocent act will change their adult lives forever.

When we flash forward in time to nine years later we learn that Erik has fallen in love with a girl named Eliza and they are planning to get married. Shortly after they make these plans, Eliza gets a strange phone call from a girl named Paige who claims to be Erik’s ex-girlfriend and says she has something important to tell Eliza in person. The only problem? Erik tells Eliza that Paige committed suicide years ago. So who is calling and what message are they trying to give Eliza?

This story is a pretty wild ride from there. It’s a relatively short novel that I finished in a day, but the pacing is fast. We make a couple of leaps in time that help with that, first going 9 years into the future, then 5 years later, and so on. You get a good picture of Erik, Eliza, and Miles’ lives at each stage. The characters aren’t always likeable (except for Miles, who is excellent comedic relief throughout), but their stories are complex and they have emotional depth.

The story kept me guessing and for a lot of the book I wasn’t sure how heavily the paranormal was going to influence the outcome. I really like a story that keeps me on my toes. Also, I really loved Eliza and Erik’s romance. It was sweet and felt very real and I felt invested in what happened to them.

I also loved that the paranormal was introduced without a ton of backdrop world building. There’s a time and a place for that, but this story didn’t need it. When paranormal elements were introduced, I just accepted them and moved on. I liked that I didn’t have to get some intense history lesson of magic to understand what was going on.

Several people on Goodreads listed this story as a mystery. I’m going to have to agree to disagree with them on this. As a mystery, it isn’t as strong, but if you think of it as a romance with paranormal elements: we’ve got a winner.

When I thought it was a mystery I was expecting the traditional elements of mystery, but once I changed my thinking to view this as a romance, it was fantastic. It had everything that I was looking for in a romance. The characters had difficult backstories and impediments to their love, but their feelings for each other remained strong throughout. The characters were flawed but a good match for each other.

There needs to be a follow up that is just Miles. Seriously. That character is gold.

Disclaimer: I received an electronic copy of this book from the author in exchange for an honest review.

My library rating: From a library perspective, I would say you would need to know your audience for this one before recommending it. The book includes past self-harm, a fair amount of cursing, and frequent drug use. Any of those things alone might have made this a 2 glasses of lemonade book, but because it’s got so many potentially tricky elements, I had to put it at:

My personal preference rating: I gave this title 3.5 stars (I round down on Goodreads). It took me about 30% of the book to get really invested in the characters, but I really liked the ending and I liked the book overall.

One thought on “Haze by Rebecca Crunden”