Hello Kittens! I was looking through my archives in preparation for writing this review because I just knew that I had reviewed The Whisper Man by Alex North sometime last year. I absolutely had to have reviewed it because I raved about the book to nearly anyone who would listen and recommended it to all of my colleagues who read thrillers. But, guess what? I must have been so busy talking about the book that I forgot to write about it, because there was no review on the site. I will not make that mistake again. Here today for your reading pleasure, I offer my review of Alex North’s second book, The Shadows. It is even creepier than The Whisper Man was. If you like spooky thrillers, then you need to clear your calendar for this book, because it is definitely worth the read. 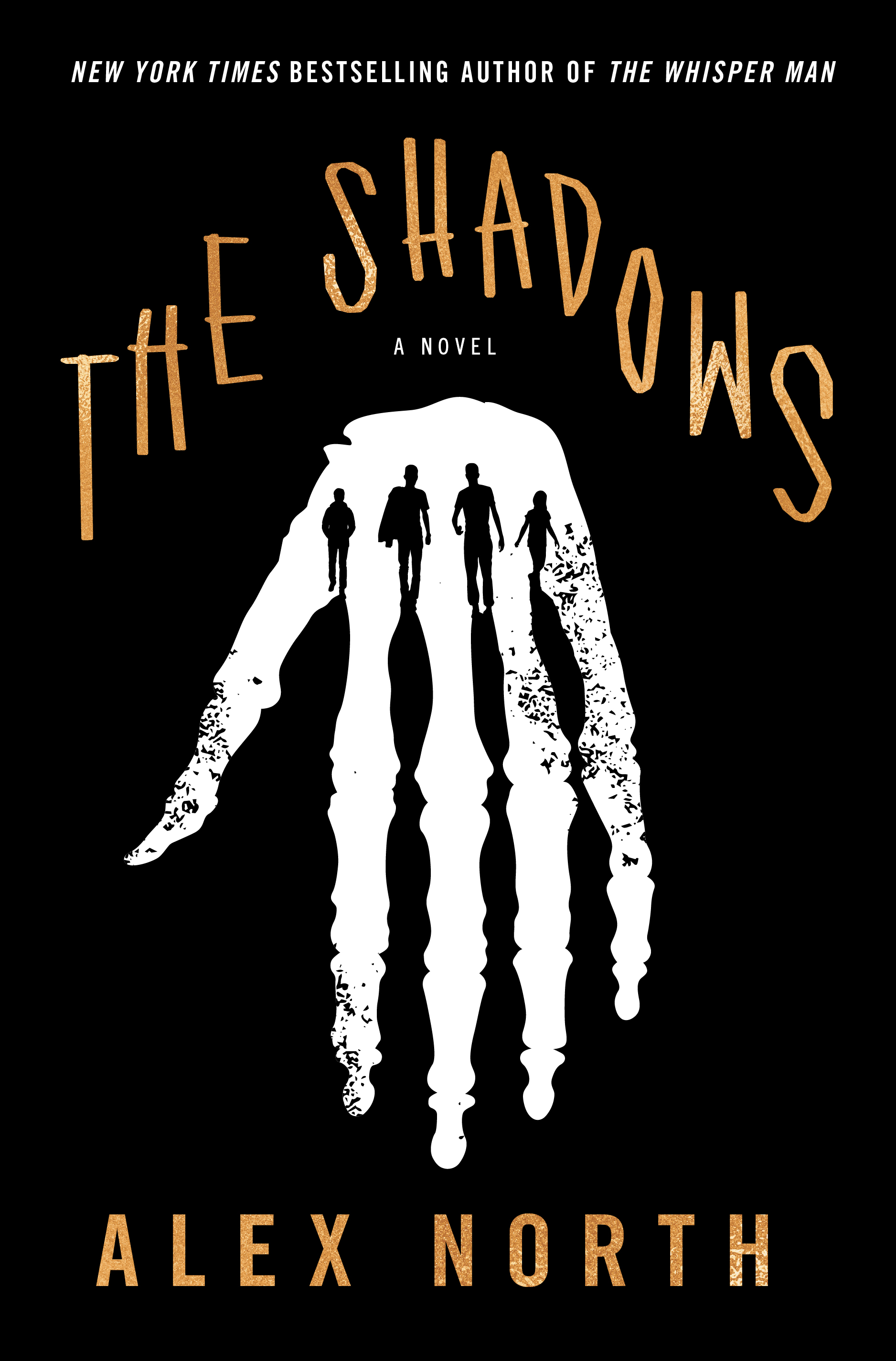 Twenty-five years ago something terrible happened in the town of Gritten Woods and Paul Adams was an unwilling witness to most of it. As a young man, his best friend James got caught up with two other local boys who were nothing but trouble, Billy Roberts and Charlie Crabtree. Before the school year is out, Billy and Charlie will murder one of their classmates in a ritualistic effort to leave this world for a dreamworld that they have worked to convince James and Paul is real. That murder will tear many lives apart for many reasons, but the biggest one of all will be that while Billy is brought to justice for the crime, Charlie is never seen again. Did his sacrificial offering work? Did he die in the woods? Is he still out there somewhere? These questions will haunt everyone who was involved in the case then and have unforeseen repercussions in the present.

Paul left Gritten Woods as soon as he was old enough, severing contact with nearly everyone there. He hasn’t been back since he was a teen and only returns now because his mother has been placed in hospice care. Coming home is not easy and he is bombarded by the memories that he has been shutting out for so many years. He is forced to confront everything that happened then and works to figure out what actually happened wtth Charlie. Someone is leaving creepy and threatening messages for Paul in the present and this time he is determined to stand his ground instead of running away.

We also reunite with Detective Amanda Beck (who readers will remember from The Whisper Man). While she was not involved in the original case, a current case in her jurisdiction sends her looking for answers in Gritten Woods. What starts out as an isolated incident suddenly seems to have connections to the dark past of this desolate town. Amanda will be facing her fears and confronting her feelings about her job and her relationship with her deceased father, all while chasing a killer who seems to be pure evil.

Is it all just a story made up by twisted teenagers or is there something lurking in the shadows of Gritten Woods? Something that wants to finish what it started 25 years ago?

It’s seriously creepy right from the start. While we only have 2 books to judge, this seems to be an Alex North hallmark. He sets the scenes perfectly in these dying towns which are described as being lacking in purpose and opportunity. These are the places that people want to leave but often find themselves stuck in. These descriptions really add to the perception that the characters are going to become trapped in their situations.

I loved the twists in this book. It made writing the review a little tricky, because there’s one piece of information about 75% of the way through the book and it makes the reader re-evaluate everything they’ve read up to that point (as all good twists should). Once you know, you can’t un-know it, and I look forward to re-reading this title with that knowledge the second time around.

I also like that North gives the reader everything that they need to know for the story to make sense without twisting the plot too dramatically in an effort to shock the reader. I don’t love when authors make the bad guy at the end an unknown entity with motives that the reader would not have known ahead of time. North gave us all of the clues and I appreciated that, even if I didn’t catch them all at the time. I did peg one of the twists, but the second one caught me completely off guard and I loved that.

I wish that I had re-read The Whisper Man more recently before starting this. For me, Detective Amanda Beck started out as a stranger for me. I had to go back and re-read some reviews from the first book to remember her character. I really appreciated that she was there and that there was a reference to the “Whisper Man” case in this book, since it was like finding an Easter egg for the fans, but I really had forgotten a lot about her in the meantime.

Disclaimer: I received an e-galley of this title from the publisher through NetGalley in exchange for an honest review.

My library rating: There are a lot of f-bombs and a little bit of gore in this book. I would probably be a little more selective about who I recommended it to. While it is a thriller, it’s darker than a traditional thriller and leans heavily towards horror.

3 glasses of lemonade= a book that you could recommend to coworkers and friends you don’t know very well.

My personal preference rating: I gave this title 5 stars. I have no idea how long we’ll be waiting for the next book from Alex North, but it will be an auto-buy for me for sure. This was no sophomore slump effort as far as I was concerned. I may have even liked it better than The Whisper Man.

Alex North is a somewhat mysterious author at the moment. This is his second book written under this pen name and there is no author website or photo associated with him, only a Twitter account and some brief info on the publisher’s page. A little internet digging is suggesting however, that Alex North and Steve Mosby are one in the same (http://www.stopyourekillingme.com/M_Authors/Mosby_Steve.html#North). Mosby has 11 published works that might be worth a look, just based on how great Alex North writes. I’m not sure what the point of separating the works is at this point, but I can only guess that his work as Alex North is drastically different from the Mosby writings. Either way, it adds an air of mystery to Alex North’s titles.

A good bit of the plot in this book deals with a concept called lucid dreaming. Lucid dreaming is a type of dreaming that involves the dreamer being aware that they are asleep and having the ability to control what happens in the dream (a simplistic definition). As it turns out, this is an actual thing. If you’re interested in learning more about it, I found a list of books on Goodreads that focus on lucid dreaming.

One thought on “The Shadows by Alex North”